Vincent Moon is an independent filmmaker and sound explorer from Paris who rose to prominence in the mid 2000s as director of La Blogothèque's Take Away Shows, leading him to be dubbed 'the re-inventor of the music video' by the New York Times. Since 2009 he has been traveling the world making ethnographic-experimental films, recording traditional and sacred music, filming religious and shamanic rituals. Two of his new movies will premiere globally during LGW ON: Hanoise and Jakarta Jakarta!.

Jakarta Jakarta! is a unique sonic portrait of Indonesia's megacity and its chaos. It ranges from Dangdut street musicians to Gamelan theatre ensemble, passing through noise experimentations and Funky Kota techno music. Moon explores the sounds of Friday prayer at the gigantic Istiqlal mosque and the night roar of football fans, in a magical audiovisual trip, rarely seen in contemporary cinema. 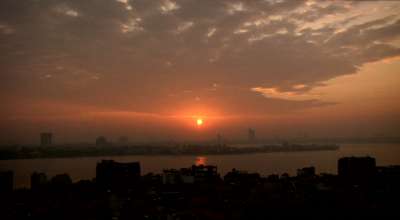