During LGW ON we will have the opportunity to relive one of the most eclectic shows of Le Guess Who? 2018: the performance of sitar player Anoushka Shankar and Austrian Hang-player & Björk collaborator Manu Delago, together with the 27-member string section of the Metropole Orkest conducted by Jules Buckley.

Continuing the legacy of her father, the legendary Ravi Shankar, Anoushka is considered to be one of the world’s most renowned sitar players. Her music reflects her Indian background as well as her life in London and California, blending classic Indian sounds with contemporary influences. All songs in the performance are composed by Anoushka Shankar & Manu Delago. 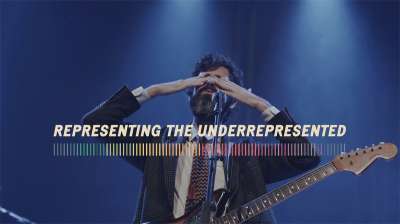 Representing the Underrepresented: a film about LGW by Canal180